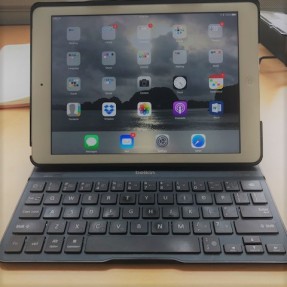 Employers are frequently asked about whether they are required to provide flexible working hours.  Generally speaking, accommodation requests based on things like health status (for persons with disabilities), family status (for example, four children or elderly parents who require care) and religious accommodation should be considered by employers as a matter of course, bearing in mind that we are moving towards workplaces and work that are much more mobile.

This is especially true for knowledge work and for jobs that do not require direct and personal supervision of employees.

Human rights legislation in every province and territory applies to make flexible working arrangements an important form of accommodation in the workplace.

But there is more to the issue than human rights law; there is also history that informs the need for flexibility in the way we structure our work week. Consider the following message from the Alumni careers program manager at the University of Oxford, which is well worth a read.

According to legend, the English term “weekend” is 138 years old, with a first written use in 1879. In Ancient Rome, plebs would have worked in the fields for seven days and on the eighth day would have brought the produce into market and gone to church – not really a day off but a change is as good as a rest. In the French revolutionary calendar there was one day off in ten. A continuous seven day cycle with a fixed day of rest obviously started in Jewish cultures and has been practised for thousands of years. The day of rest being Friday for Muslims, Saturday for Jews and Sunday for Christians. Reducing labour on both Saturday and Sunday started in the industrial north of Britain in the early nineteenth century, and was originally a voluntary arrangement between factory owners and workers allowing Saturday afternoon off from 2pm in agreement that staff would be available for work sober and refreshed on Monday morning. Henry Ford is often ascribed as the inventor of the five day working week in 1926, but he was an early adopter of an emerging trend. Throughout history there have been experiments with a four day working week, with the three major Sabbaths as the weekend, without any major traction nor demonstrable benefits. In the last UK general election the Green Party manifesto promised a four day working week.

So one of the legacies of the industrial revolution is the absurd notion that everyone needs to do everything at the same time. In my home city (Stoke-on-Trent), even the vacations were standardised. People had to work while the pottery kilns were hot. So they invented an annual shutdown, the whole city would have a vacation in the last week of June and the first week of July known as the Potters’ Fortnight.

In his famous TED talk on changing paradigms in education, Sir Ken Robinson argued against the industrial revolution model of the education system, with standardised attendance and curriculum, timetables, testing, bells and whistles. We are moving away from the “sage on the stage” to the “guide on the side”, children carry all of human knowledge in their pocket so the model of only being able to learn in thirty minute chunks of time due to a scarcity of books, educators and attention no longer applies. If this can be a possibility in the education sector then it is already evident in the other sectors. We live in a 24/7 world, at any time of the day or week there is always somebody to talk to, to sell to and to buy from.

The elephant in the room, is that in large organisations today, led by baby-boomers imbued with the traditions of the industrial revolution:

In 1995 the HR Director for Procter & Gamble UK (P&G), came to see me as one of the youngest Department Heads, at one point he asked “would you allow anyone in your department to work part-time?”. I had thought about this so without hesitation responded “as things stand I would be happy for at least 50% of my department to be working part-time.” After he had picked himself off the floor he asked why I was so positive on part-time working. I replied that my experience was that people feel much more positive when they are working a schedule that suits them rather than one being imposed upon them.  Also there is a benefit to people coming into work with a fresh eye, less bogged down by an Outlook in-tray. He asked for evidence, one of the anecdotes was this one:

“As my wife and I with our young family digested the depressing truth that I was the first post-doc in history to relocate from California to Newcastle-upon-Tyne, we looked at employment options for my wife, a former Marks & Spencer (M&S) manager. We found that in the neighbouring town the Gateshead MetroCentre was the largest shopping mall in Europe in 1989 and the M&S store inside was the only one with late night trading every evening. So we arranged for her to be the first ever part-time manager in M&S working 4pm to closing four nights per week. As she walked into work at 4pm she would often observe how jaded and preoccupied the other managers were and with her fresh eye made numerous innovations, for example the inclusion M&S items in the corporate staff Christmas hampers leading to an incremental £150,000 in overhead free sales, and cost effective Charge Card promotional events sponsored by local SMEs looking to halo the M&S brand on to their local products and services.”

With progress in technology flexible working is the present as well the future, and one of the potential solutions to the global engagement crisis (confirmed in employer surveys), for the above reasons but also because:

So flexible working is your legal right and the shape of the future. I have met two alumnae sharing a CEO position, one working Monday to Wednesday, the other working Wednesday to Friday, overlapping on Wednesday for a handover. I have had great success with members of the team working from home one or two days a week, having time to write reports and to think and plan, reclaiming that substantial commuting time as well.

Like Loading...
‹ What’s wrong with Quebec’s Bill 62
Why the #Khadr settlement was the right thing to do #cdnpoli #humanrights ›